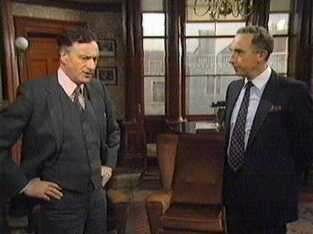 Plot: Jim Hacker has had a terrible day in Parliament: he is accused of giving misleading figures regarding the reduction in the number of administrators to the House. To save himself he had to agree to a full independent inquiry.
On his way to the Ministry he learns from his chauffeur that there is a new St. Edward's hospital in Northern London that is staffed with 500 administrators and ancillary workers, but has no doctors, nurses or patients. Jim Hacker is aghast and decides to ask Bernard to look into this.
At the Ministry Sir Humphrey is outraged that Jim Hacker agreed to a full independent inquiry. They both agree that this inquiry is not in their best interest and the inquiry should exonerate the department. Appointing Sir Maurice Williams as chairman of the inquiry should achieve this, since he is looking for a peerage. Bernard reports to the Minister that there are indeed no patients in St. Edward's hospital and that it has a staff of over 500 administrators and ancillary workers. 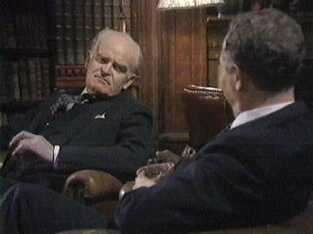 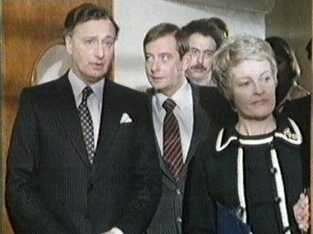 Jim Hacker visits St. Edward's hospital and he meets Billy Fraser. When he tells him he wants to layoff 300 people, Billy Fraser threatens to go on strike. Jim Hacker is not impressed by this since it will not harm anyone. In the evening news however he learns that all hospitals in the Greater London area are planning to go on strike. Number Ten is not pleased by this development and strongly advises Jim Hacker to solve it quickly.
Sir Humphrey brings more bad news: the inquiry headed up by Sir Maurice Williams seems to be unfavorable to the DAA. It turns out that Sir Maurice is also chairing the Joint Committee for the Resettlement of Refugees and is more eager to find housing for 1,000 Cuban refugees. Then Jim Hacker puts two and two together: he can offer Sir Maurice Williams a brand new fully staffed hospital for the Cuban refugees. Sir Humphrey reluctantly agrees with this solution.
Rating (0-10): 7½ 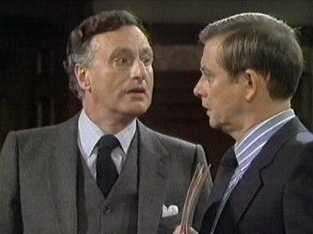 Plot: Jim Hacker is meeting with his department's expenditure committee. They cannot find any ways of cutting expenditures, except for overseas students that will start paying full tuition. After the meeting is over Bernard Woolley reminds the Minister that he still needs to approve the department's honours recommendations. Jim Hacker asks in despair how he can make civil servants want economies as much as they want honours. Then Bernard proposes only to award the honours to those civil servants that have cut their budgets by 5%. Jim Hacker thinks this is a brilliant plan.
In a meeting with Sir Humphrey Jim Hacker launches this plan as his own, since Bernard absolutely does not want to take credit for it. Sir Humphrey is appalled and tries every argument against it...but unsuccessfully. 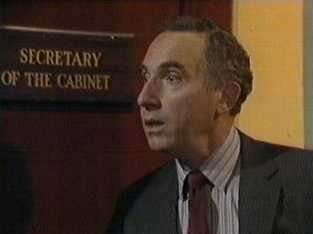 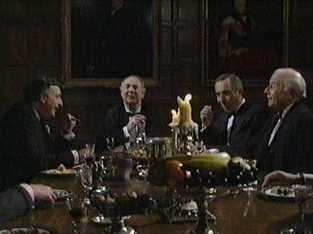 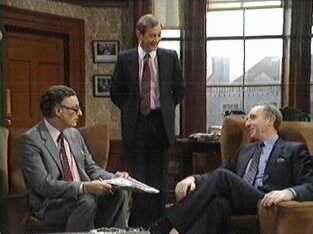 Plot: Private Eye - a political magazine - has revealed that Jim Hacker had been under secret surveillance while being in opposition. Furthermore, it has discovered that Jim's department is responsible for all bugging equipment, and this makes him the government's chief bugger. Jim Hacker is shocked by these revelations.
Sir Humphrey explains to him that he was put under surveillance because there were rumours before the elections that Jim Hacker might become State Secretary of Defense. Jim Hacker decides that if he is to be responsible for all bugging equipment, he is going to build in some real democratic safeguards. While in opposition he already set up a nationwide petition against electronic surveillance. 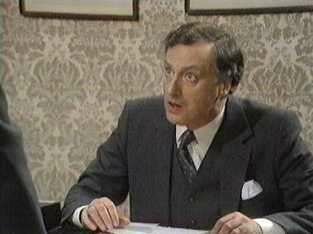 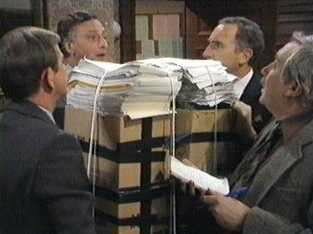 When Jim and Annie Hacker go away for the weekend, they are constantly surrounded by bodyguards and find it difficult to enjoy themselves.
After the weekend, Jim Hacker has a meeting with Walter Fowler again. Fowler wants to get a response on the success of the petition on electronic surveillance. Jim Hacker does not want to embrace the petition.
Then Sir Humphrey has a quick word with the Minister and tells him that his protection has been canceled. Electronic surveillance has shown that Jim Hacker is no longer on the Freedom Army's death list because they think he is not important enough worth assassinating. Jim Hacker does not know whether to be happy with this or insulted. Anyway, now he shows Walter Fowler the petition and states that he is very pleased with it's success.
Rating (0-10): 9